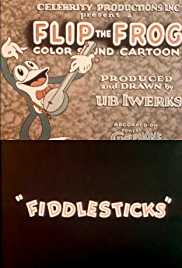 There was a time when cartoon films meant Mickey Mouse.

But today we are talking about another cartoon film created by the co-creator of Mickey Mouse, Ub Iwerks. Thus, world’s first coloured cartoon with sound premiered on today in 1930.

Name of the film is Fiddle-sticks. It is a 6 minute 12 seconds long film which made its character ‘The flip frog’ popular. This cartoon was featured in 38 Iwerks’ cartoons over three years.

‘Flip the Frog- Fiddlesticks’ became the world’s first coloured cartoon with synchronized sound in 1930. It was Iwerks’ first creation under his banner. This frog was a human-like musical frog named Flip. The cartoon also appeared in the music video for rapper Eminem’s song ‘The Real Slim Shady’.