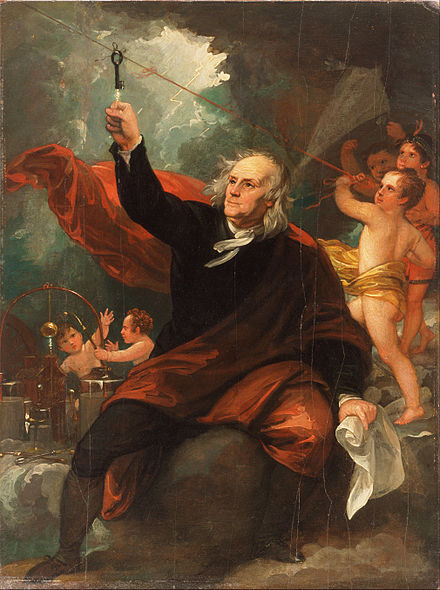 The Experiment
To prove this, Franklin needed something to get close enough to the clouds to attract the lightning. He couldn’t get up there since Philadelphia didn’t have any hills or tall buildings. He did have a silk handkerchief, a couple of sticks and some string, so instead of getting himself up near the lightning, he flew a kite up to it. A key was then attached near the bottom, to conduct the electricity and create a charge. The kite was struck by lightning and, when Franklin moved his hand towards the key, a spark jumped across and he felt a shock, proving that lightning was electrical in nature. Today in 1952 Benjamin Franklin finally proved that electricity and lightning are the same thing.