Titanic, as the name so is the fame.
‘Titanic’ means of exceptional strength, size, or power.
Today is the right time to remember Titanic’s maiden voyage and sad demise.
It was believed that the ship would never sink but… unfortunately it sank.

“There is no danger that Titanic will sink. The boat is unsinkable and nothing but inconvenience will be suffered by the passengers.”
Phillip Franklin, White Star Line vice-president, 1912

It took more than two years to build the Titanic, and two workers died during its construction.

Of the 2,224 people on board, 1,514 lost their lives, while 710 survived.
First-class passengers fared much better than those in third class. For example, only 3 percent of first-class women died, whereas 54 percent of third class women perished.

It took 160 minutes (2 hours and 40 minutes) for the Titanic to sink after hitting the iceberg.

The first few days of the voyage were uneventful. Captain Smith steadily increased speed day by day. The ship covered 386 miles on the first day, 519 the second and 546 miles the third.

On April 14, a nearby ship, the Californian, sent a message at 10:55 p.m.:
"Ice report: We are stopped and surrounded by ice."
But the captain of the Titanic, Edward Smith, and First Officer William Murdoch did not heed these warnings, steaming ahead near full-speed.

The wreck of the Titanic was discovered by Bob Ballard on Sept. 1, 1985. He used his underwater craft called Argo to follow a trail of debris to the ship's hull.

Let’s sketch the Titanic with a few random pictures. 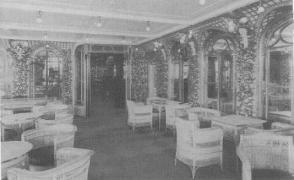 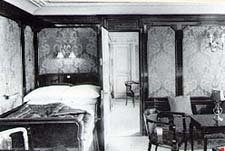