The First issue of TIME magazine was published 96 years ago today. 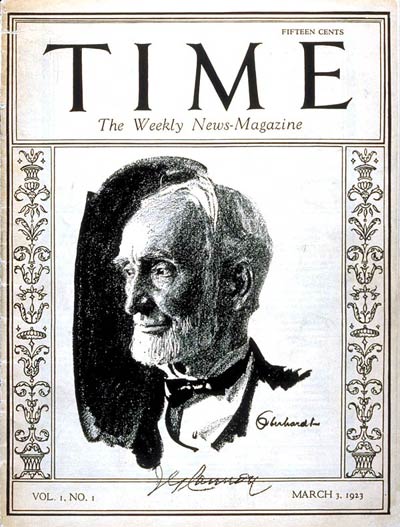 Time was the creation of two young journalists, Henry R. Luce and Briton Hadden. Core thought behind this idea was to inform busy readers in a systematic, concise, and well-organized manner.

Earlier the magazine was called “Facts” just to emphasise brevity. Later they changed the name to “Time” and used the slogan “Take Time–It’s Brief”.

Time’s format became standard for most other general newsmagazines.

Time has the world’s largest circulation for a weekly news magazine, and has a readership of 25 million, 20 million of which are based in the United States.

Time is also known for its signature red border, first introduced in 1927.

Time appears in several foreign-language editions and publishes a number of annual issues, including the Time Person of the Year and the Time 100 issues, designating the most influential persons of the year. It also publishes Time for Kids, a weekly children’s magazine.